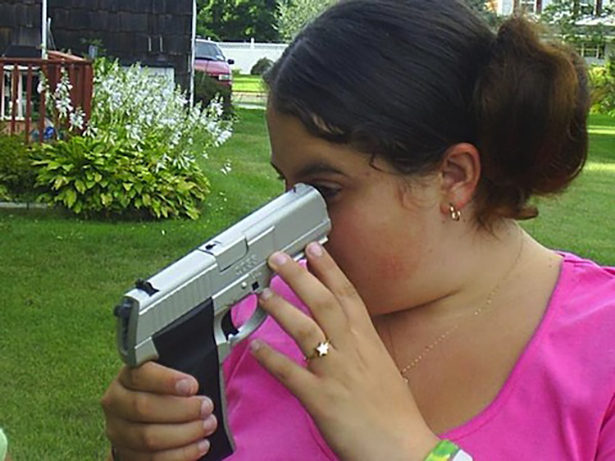 Ok, so two things first off: 1. I don’t normally like to disparage individuals just because I disagree with their ideals. 2. The Idiot in question doesn’t actually get a gun.

Now, all of that said, I will be referencing the following article, posted on nydailynews.com:  “What is it like to fire an AR-15? It’s horrifying, menacing and very very loud” by Gersh Kuntzman

Here are some of the highlights, just so you don’t have suffer through the entire article:

“…there should be a mental health screening. In Europe, if you want to buy a gun, you have to see a doctor (for a psychiatric examination) to see if something’s not right.”

Not in my hands. I’ve shot pistols before, but never something like an AR-15. Squeeze lightly on the trigger and the resulting explosion of firepower is humbling and deafening (even with ear protection).

12 Best Add-ons and Accessories for the AR-15

The recoil bruised my shoulder, which can happen if you don’t know what you’re doing. The brass shell casings disoriented me as they flew past my face. The smell of sulfur and destruction made me sick. The explosions — loud like a bomb — gave me a temporary form of PTSD. For at least an hour after firing the gun just a few times, I was anxious and irritable.

Ugh… That’s enough of that. Ok, I know this is an old post, but it is so stuffed full of keywords and terms that Google has made it relevant again, due to the recent attack in Las Vegas. So, I am going to go through the reasons why I think this guy gets the title of Idiot. First, the obvious sensationalizing is done to excess. The author even goes to liken his anxiety firing a rifle to PTSD! Since the article, many people have called him out on that crap. Enough so that he had to print a retraction. He further tries to make himself seem like he is familiar with guns by saying he has shot pistols, but then complains about bruising from the recoil. So, this rifle, developed by the military to have the least recoil possible, had so much recoil that this guy couldn’t properly handle it? Well, at least that is what he would have you believe. Now, it may be hard for some to believe, but I am actually very experienced with all types of firearms, and have know a few explosions in my youth. I would never describe a 5.56mm NATO round going off in the controlled environment of an indoor range as “loud like a bomb” or the ejection of a round as “disorienting”. If you get distracted by a case ejecting, you may want to have that looked at by one of those European heath professionals.

While we are on the topic of the European Health Professionals, when will the rhetoric about what is so good in Europe stop? The reason you have to go to a health profession to buy a gun is because most European countries have established a law system based on an assumption of guilt. Therefore, until you can prove you are mentally fit, you are assumed to be mentally unfit. In the US, we prefer an assumption of innocence, so stop trying to change it. If you like the European system better, go there.

The article continues to get worse from there. The author goes on to to say “even in semi-automatic mode”, as if there were any option besides ‘safe’, he lost himself in the confusion of firing and dozens of rounds were just simply gone. Now, I will admit, I don’t always count every round, but I know when I’m getting close to the end of the mag, and I never feel like dozens of rounds just fly by.

The final close to the article basically says that mass murder is easy to do, all you need is will power. I always thought that mass murder was hard for most humans to do, because we inherently don’t want to murder others. I guess the author would have us believe that the act of buying an AR-15 rifle is the gateway action to mass murder? Or maybe everyone that is not going around mass murdering is weak willed. Well, I think I will pass on that will power and continue to not to murder anyone.

Anyway, thanks for reading this useless rant. Maybe one day, guys like this, that don’t like guns will just stay away from them. I don’t like mushrooms, so I don’t order them on my pizza. I don’t go to pizza places trying to understand why other people like them by eating them. Then rant about how they make me irritable.

9 Hand Cannons That Will Blow Your Mind and Break Your Wrist!