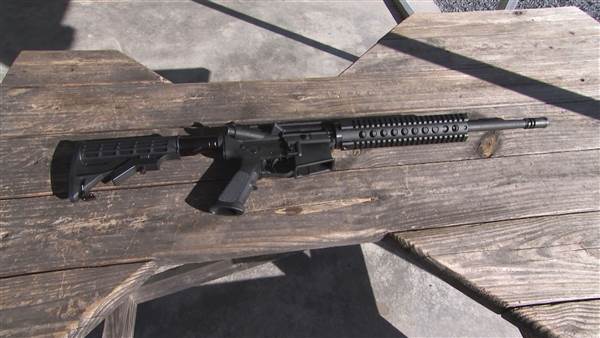 This is one fine piece of reporting…

Lovely. Guns with out serial numbers? Run! First, lets face some facts. Crime is not impeded by “traceable” firearm. If anything, all it does is give people someone unrelated to blame in a civil suit. Ok, so most of that is opinion. But here is a fact for you: Baltimore City had the third highest murder rate in the US in 2014 (http://wtop.com/local/2016/03/d-c-baltimore-city-among-top-murder-capitals-u-s/). In the video, Baltimore city sheriff says “we don’t see that [ghost guns] in Baltimore very often…”. [3:13 in the video] So, the thing that concerns the sheriff in Baltimore, the place to go to be murdered is something he never sees? what about all the other things people are murdering with? How about a little more data on these evil ghost guns… In 2014 (the same year Baltimore had 211 murders), the entire state of Maryland only had 1 murder committed with a rifle. (https://ucr.fbi.gov/crime-in-the-u.s/2014/crime-in-the-u.s.-2014/tables/table-20) True facts. Even if you include all of the unknown firearms, that would be 12. Well, I guess they should be terrified. If it weren’t for all of these “untraceable assault rifles”, Baltimore murder rates would plummet to make the city almost fourth in murders.

“Man Defends Home With AR-15” What’s Wrong With This Headline?

But wait, there’s more… This video came out on NBC News a few weeks later.

OMG!! A man bought this kit online for 549.95 (www.guns80.com) had it shipped to his home, or workshop, with a fully stocked tool setup, and in a few short hours of cutting, fitting and filing (cussing optional), now has a fully functional semi-automatic rifle. That he can legally and responsibly own. We should be scared. What would happen if every retired government agent got one of these? Good use of buzz words, though. Its only a shame he didn’t mention the 30 magazine clip…

Politician Ramps Up Assault On Firearms