Warning: "continue" targeting switch is equivalent to "break". Did you mean to use "continue 2"? in /homepages/0/d553390267/htdocs/clickandbuilds/GhostGunBuilder/wp-content/plugins/jetpack/_inc/lib/class.media-summary.php on line 77

Warning: "continue" targeting switch is equivalent to "break". Did you mean to use "continue 2"? in /homepages/0/d553390267/htdocs/clickandbuilds/GhostGunBuilder/wp-content/plugins/jetpack/_inc/lib/class.media-summary.php on line 87
 Why Do I Need an “Assault Rifle”? – Ghost Gun Builder Warning: count(): Parameter must be an array or an object that implements Countable in /homepages/0/d553390267/htdocs/clickandbuilds/GhostGunBuilder/wp-content/plugins/theia-post-slider/TpsMisc.php on line 362
class="post-template-default single single-post postid-100 single-format-standard wp-custom-logo theiaPostSlider_body group-blog">
Skip to content

So, with all this media talk about the evil of ghost guns, it is inevitable that the question of need comes up. Why do I need an “Assault Rifle”? I decided to see if YouTube could put it in better words than I had. I was lucky to find a few great posts from the LAST time the media (and thus the leftist government) went after “assault rifles”. Here is one from Colion Noir:

And one from Chuck Woolery:

Both of these two men came to some of the same conclusions. The right to keep and bear arms, that shall not be infringed, or our second amendment right, was established not to protect hunting, sporting, collecting or personal protection, but to protect citizens from the tyranny of governments, foreign or domestic. Now, both of these men go on to talk about some of the key arguments with justifying the need for an “assault rifle”. Woolery mentions that the semiautomatic rifle isn’t truly a military weapon, and thus is not an assault rifle. Noir talks about the fact that handguns are not just as effective for home protection and self defense, as some gun control advocates try to argue. All of these are good points, but I feel like they are both missing the real issue.

Why do we need to establish a ‘need’ to exercise a right guaranteed by the highest law in our country? You don’t hear anyone clamoring for a need for Facebook, despite how many teen suicides are directly related to the exercise of free speech on Facebook. No one denies the deaths caused by death pact cults, yet limiting which religions can be practiced is thought of as absolutely abhorrent. Now, I’m not trying to down play any of the arguments put forth in the videos, both were excellent in their arguments. They just missed the point. We shouldn’t have to establish a need, especially when dealing with a Constitutional Right. Anyway, thanks for reading this rant, and keep up your rights! 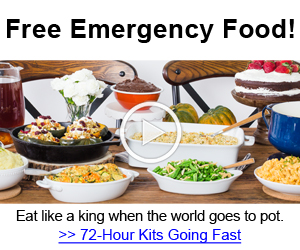